On vacation this week and popped into the range for some shootin’.

I think the last time I shot was maybe two months ago at a political fundraiser.

Moe, Larry and Curly all lined up and ready for gunpowder slapstick.

Teal Box, Upper Left:  I moved it in to 7 yards and shot another 30 rounds with the Compact 22.  That’s much more satisfactory !!

Ammo:  The range must have just received a shipment because EVERYTHING was filled on the shelf and almost all of it was in bulk boxes.  Not sure if they were selling all of it that way or if they just hadn’t broken the load down yet.  Prices were average for this date and time.  Still more costly than it could be, but at least there was a lot of it.

Yes, this should absolutely frighten Americans.

All of my GOP friends who are worried about 87,000 IRS enforcement agents coming after the little guy… How about just don't cheat on tax returns? A fully truthful and accurate tax return is bulletproof in an audit. I never understood the fear of an IRS audit. Don't lie. Period.

Framing a General for a crime he didn’t commit

Illegally spying on a sitting President

This list could go on for DAYS and DAYS   !

Yes, Democrats will always abuse any power that hey have. 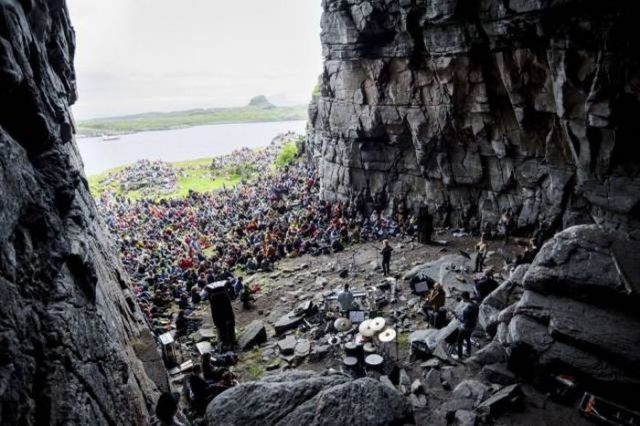 You may not know it, but the Uke’s are getting their asses kicked my Putin.

You may not know this because the globohomo fascist propaganda machine won’t tell you.

But to help out, Biden sent new aircraft…… 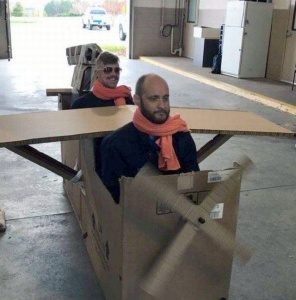 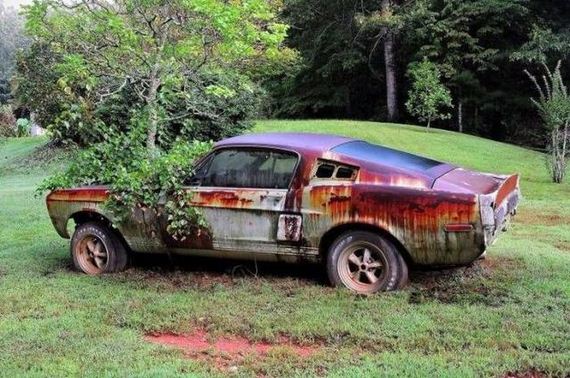 The Missouri Court of Appeals upheld a woman’s $5.2 million settlement from Geico over a sexually transmitted disease she contracted in a car.

The woman, identified only as M.O. in court documents, contracted HPV, the human papillomavirus, from an insured Geico member in his car. She alleged he knew he had the virus but had unprotected sex with her in his car anyway. As a result, the woman notified Geico she would be seeking damages from the company in February 2021.

An arbitrator found the insured man liable for not disclosing his viral status, and the settlement amount was allotted in the Jackson County Circuit Court. Geico was ordered to pay the damages. 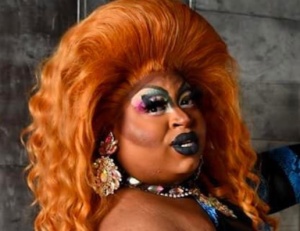 You Don’t Have To Be A Biologist

Please either put your money where your mouth is this #PrideMonth, or just do us a favor and shut the hell up. pic.twitter.com/ONZJamySo7

We need a show called “To Catch a Groomer” where cops organize fake “family-friendly” drag shows and then arrest all the parents who show up with their kids.

Memorial Day weekend seems to be the usual time when time and weather align for me to get the compost pile cleaned up.

Not so much now. 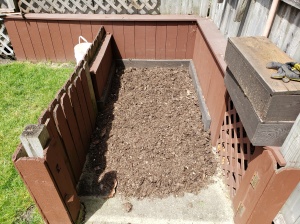 I knocked the pile down the day before and raked it around to get it to dry out.  Wet is no good !! 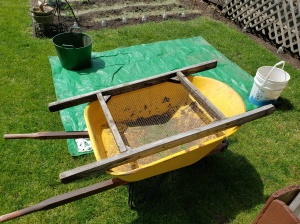 Same set up as usual, I made that sifter close to 25 years ago and it’s starting to show a little wear.  Every year I had to either add a few more staples of tap the old staples down. 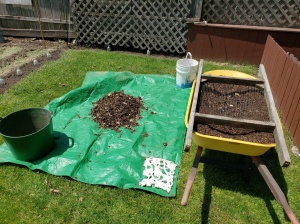 Maybe an 90 minutes of work.  I don’t work too fast any more.

The pile on the tarp will get reprocessed.

I got one wheelbarrow full and three five gallon buckets.

My wife asked, “Is that all we get from our yard?”

I used to mulch and shred everything in the yard but that’s way more work than I want to do. 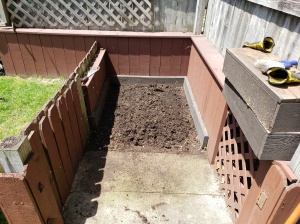 Pretty much cleaned up.  There is still a little bit of wet stuff that I will rake down. 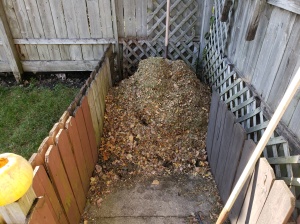 A comparison from fall of 2019.  My neighbor had a garage built that summer and had a whole bunch of 2×6’s about 40 inches long that worked well for making a neater area for the composting. 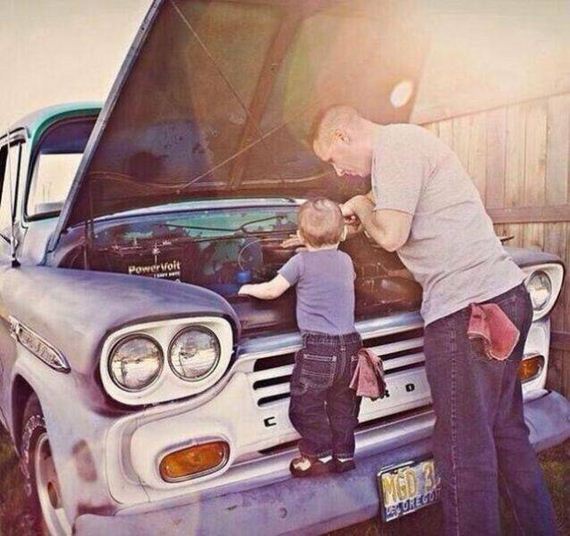 I found a 20# bag of rice on sale for $8 and thought that would be good to put in the bunker stash.

My brother had a nice simple vacuum sealer and it went super fast and simple. 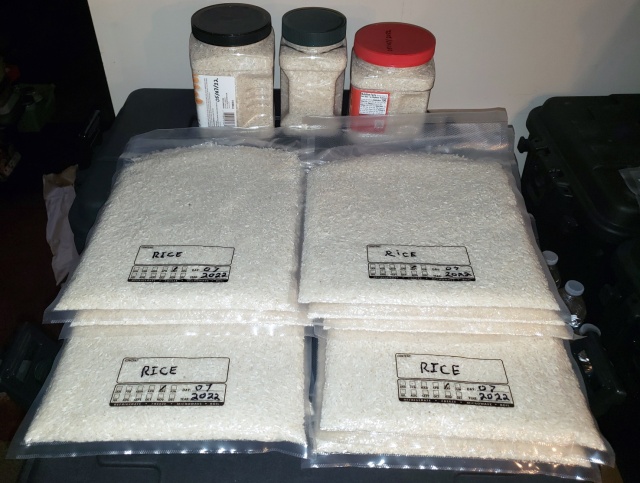 I also had 6# of other cheap rice and I put those in the sturdy plastic containers that nuts and other treats come in.  I finally ordered some oxygen absorbers and put those in.  I could have just vacuum sealed this rice as well, but I want to see how using these containers work out as a test.

There’s a reasonable amount of calories in white rice. (250 cal per cooked cup)

All stashed in the bunker:

I am definitely in the market now to get a vacuum sealer.

Would love to start buying as much meat as I can when I find it “cheap”.

You need to see it

You need to be intellectually armed against the morons (ie Democrats)

NOT chopping up live babies

NOT cutting the penis off of a healthy boy

We have nothing in common with them

Apparently 05/04 is some sort of nerd day for Star Wars freaks.

So, I’m lollygagging at work with some fellow insurrectionists and one of our lead HR Social Justice Asshole comes by with a huge “shit eating” grin on her face and says “May the Forth be with you” and let’s out a little giggle.

Before the sound of her monkey assed farting giggle even gets past me, I replied: “As someone that grew up with a speech impediment that resulted in years of bullying and abuse, I don’t think it’s funny that you said that.”

The result was priceless.

She hemmed and hawed, stuttered out an apology and slunk shamefully away.

When she was gone, we all had a good chuckle.

It is true that I had a speech impediment as a kid.

I always thought it would be funny to be the first English speaker to a new population and teach them all to talk like Elmer Fudd.

Amazon will reimburse employees $4,000 if they cross state lines to get an abortion

Kirk Evans, the president of U.S. LawShield, discussed with the Washington Examiner how the Bureau of Alcohol, Tobacco, Firearms, and Explosives said forced-reset triggers could qualify some firearms as machine guns.

Evans suggested that gun owners should get in contact with a lawyer if they think their gun trigger falls under the ATF’s definition of a forced-reset trigger.

Evans said it is possible for gun owners to swap out their forced-reset trigger for a different one, but the ATF would still consider the part as a machine gun since it can be “readily assembled.” He clarified he does not agree with this logic, but ditching the forced-reset trigger could work as a means to avoid trouble with the ATF.

Anyone that follows the ATF, knows that they are the best at “interpreting” language on a whim.

“Basically, the ATF just said, ‘Uh, we got our rules, we looked at these things, and boom, some of them might be illegal and we’re not going to tell which ones,'” Evans said.

Click the link for all, but here are a couple of really good ones !!!!! 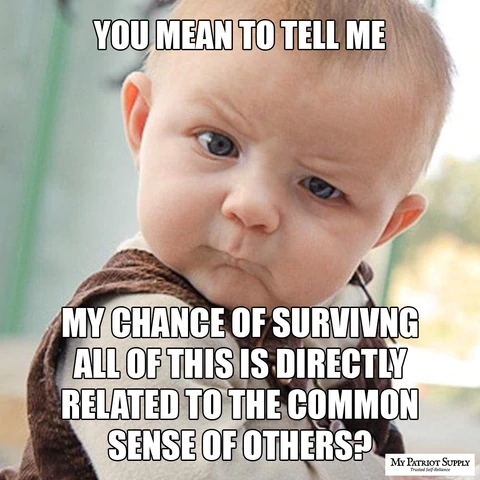 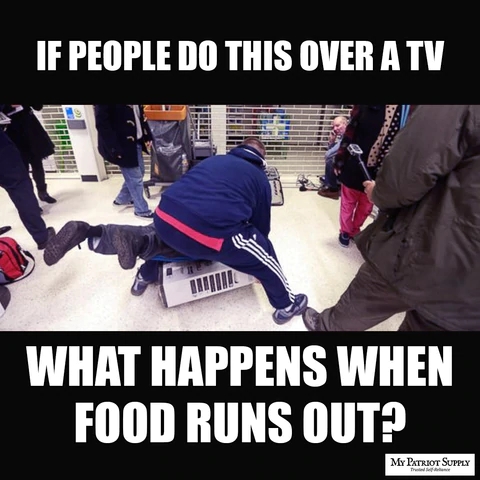 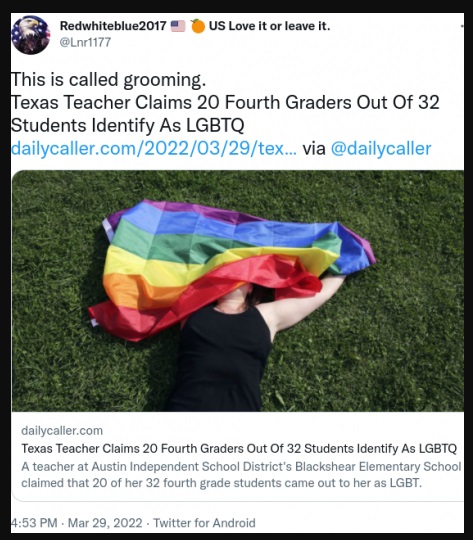 Known as “permitless carry” or “constitutional carry” legislation, the bills have been roundly criticized by police and gun control advocates, who argue that removing permits poses a safety risk to citizens and officers. Proponents, meanwhile, claim that the permitting process is too onerous and that the laws ensure Second Amendment rights.

Currently, there are at least 21 “permit less” carry states with Alabama becoming the 22nd.

About six other states are considering passing “permit less” carry.

Ohio is one of the states considering such:

In Ohio, Hamilton County Sheriff Charmaine McGuffey was one of more than 80 opponents to testify in December before a state Senate public safety committee against SB 215, which allows people 21 and older who are legally allowed to own a gun to conceal it without a permit. It also removes a requirement to tell officers about the firearm unless they ask.

“To allow people to carry concealed with no background check, no documentation of who they are and no training is dangerous,” McGuffey told ABC News. “I am not against the Second Amendment — the right to bear arms. What I’m asking people to do is consider that there must be some failsafe placed into the system.”

To get a concealed carry permit in Ohio requires a fee of at least $67, a background check and eight hours of training that covers safety features and public safety. The training is especially key, McGuffey said.

“I have 900 officers,” she said. “Our deputies are well-vetted for their backgrounds, their personalities, their integrity, their ability to follow rules and follow the law, and I would not hand one of them a gun with no training.”

Background checks are another important piece, McGuffey said. In 2021, Ohio issued 202,920 new or renewal concealed carry permits, denied 2,668 applicants who failed to meet state requirements and revoked another 420 licenses “for causes including felony convictions and mental incompetence,” according to a state attorney general’s report. McGuffey said she signed 93 revocations last year for people who were convicted of menacing, domestic violence, assault and other violent actions.

It is simply embarrassing that any leader of a police department would say something as stupid as comparing civilians to law enforcement.  LEO’s get psych profiles because of the large amount of power they are given in their duties, civilians don’t have those powers and responsibilities.

I will be quite frank that when I took my 16 hour class for my CCW, it was mostly worthless except for having the CCW laws of my state explained and clarified.  The rest was worthless.  I am certainly not any kind of expert or master of guns, but I would consider myself to be at least “fair” with the amount of knowledge and experience.  LEO’s get extensive training because everyday at anytime they could be involved in a situation that might involve the use of a weapon.  Not so for civilians.

As far as “background checks”, there’s one done every time a person legally buys a gun from an FFL.  If you can legally own a gun, why can’t you carry it where ever you want to??

Another appeal to eliminate the use of wheat or wheat products in every form until the next wheat harvest was issued by Harry A. Wheeler, state food administrator today, by direction of Herbert C. Hoover.

A wheat bread ration is required often by persons doing heavy labor, or by invalids, but is urged that all others should refrain until the new harvest, which promises to be a bountiful one.  Persons who live sedentary lives are call upon in particular to give up wheat in order to keep the rations of soldiers up to requirements.

US Wheat Production in bushels:

1916 was just over 100 years ago.  Today, the idea that the government would be “suggesting” that citizens eat less of a commodity because of a shortage, seems completely foreign.  If the US had not been exporting wheat because of WWI, there would have been plenty for domestic use.

On a curious note:

Begun in 1918 and active until the late 1970s, the Barberry Eradication Program was an unprecedented cooperative effort between the US Department of Agriculture and twelve US states to remove the invasive common barberry bush from major areas of wheat production in the United States. The common barberry bush was a problem because it is a secondary host for the fungus that causes stem-rust disease, the most devastating disease of wheat. Minnesota played the central role in the establishment and operations of the eradication program.

It seems to have taken a very long time to eradicate the Barberry.  It would be very curious to do a deep dive into the eradication program to see when the program actually got control of the Barberry or was it a typical government program that one it starts, NEVER goes away.