Another Sunday dinner on the grill. 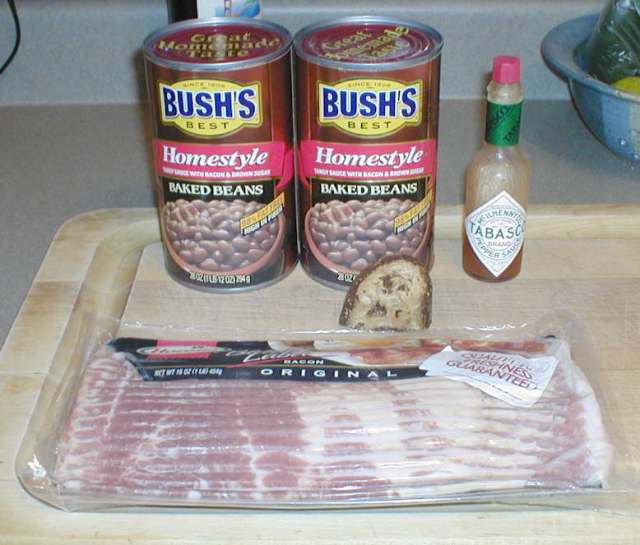 Going to make some baked beans.  I have never made baked beans from scratch, because the stuff in the can does well for a starter.  A little hot sauce to give it some zip, a little Mexican brown sugar to sweeten it up.  You can’t see it very well, but on the side of the can of beans, there is a label that says “98% Fat Free !!”, well not to worry, the bacon is there to fix that !! 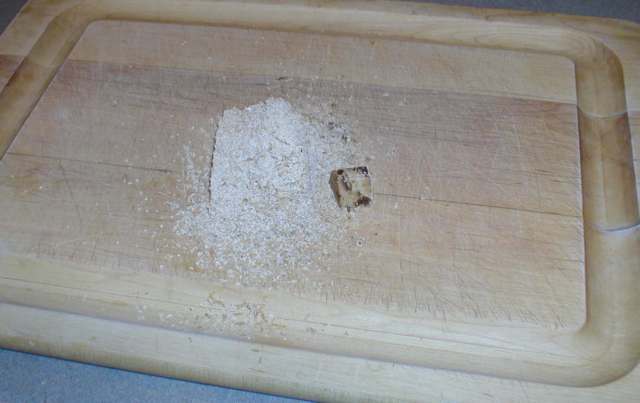 Ran the brown sugar over the grater.  I probably could have just tossed the whole chunk in and let it dissolve. 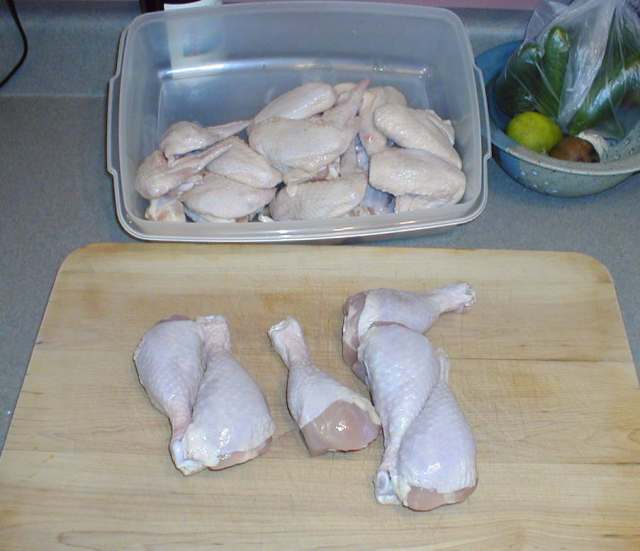 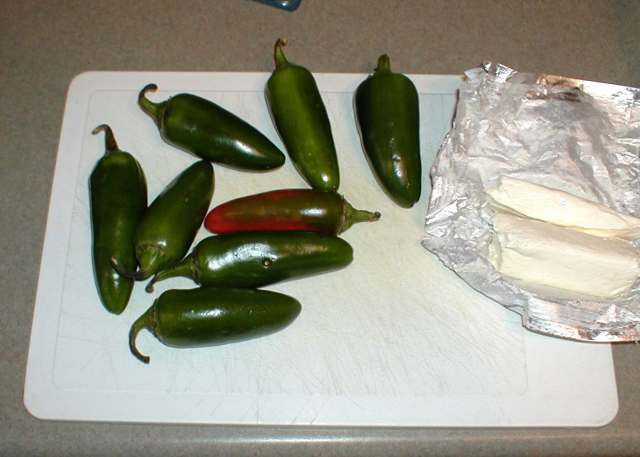 Jalapeno peppers and some cream cheese. 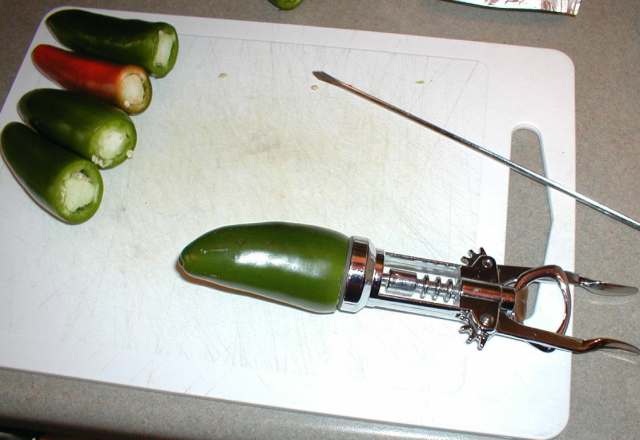 I ran a knife around the edge of the pepper and then used the corkscrew in the body. 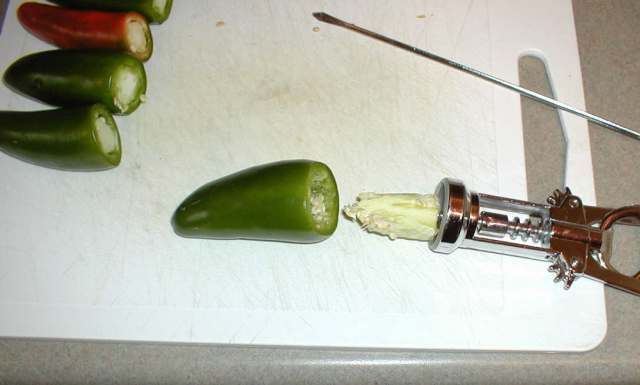 A gentle pull and twist and most of the pepper innards come right out.  I used the kabob skewer and scraped out the rest of the inside.  Yes, this is how I clean the peppers because I don’t know any other way. 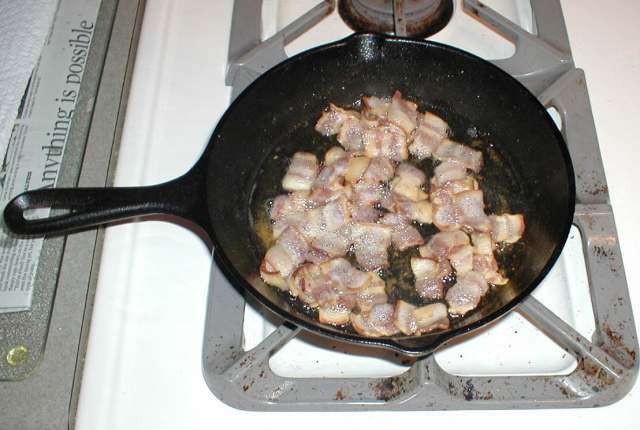 Please note the latest addition to the kitchen, the 8 inch cast iron skillet.  Very handy to use for doing smaller cooking.  Good size to make cornbread too. 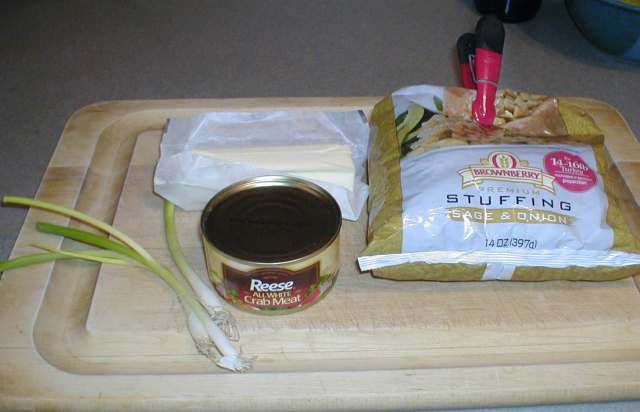 When I got done stuffing the wings with the peppers, I still had about 6 wings left.  I thought that I would try to make a very simple crab meat stuffing.  Green onions, butter, stuffing, a can of crab meat and some red chile flakes. 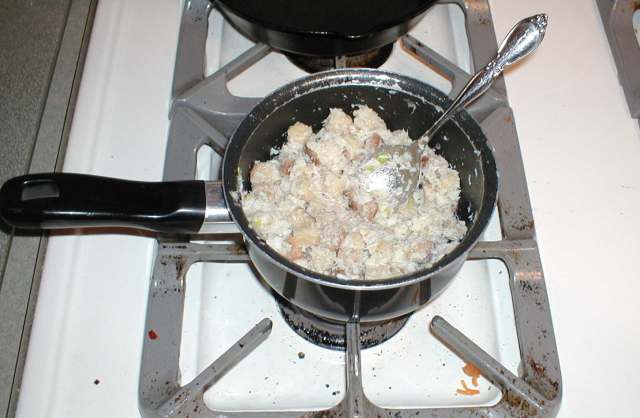 Just melted a stick of butter and mixed it all up.  I had a few hours before cooking, so I put this in the fridge to cool down. Not sure putting something warm into the wings and then letting them sit for a few hours would be a food safety violation or not. (I’ve been sick from bad chicken and it’s not worth the risk !!) 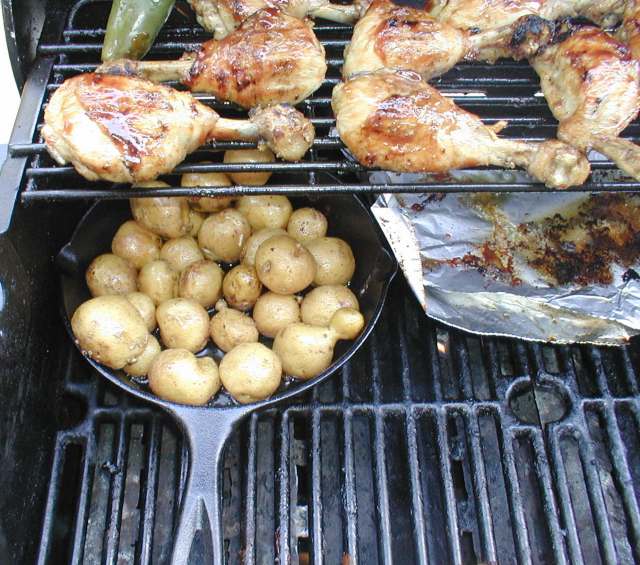 The wife found some locally grown “Yukon Golds” at a Farmer’s market.

Chicken legs getting nice and crispy. 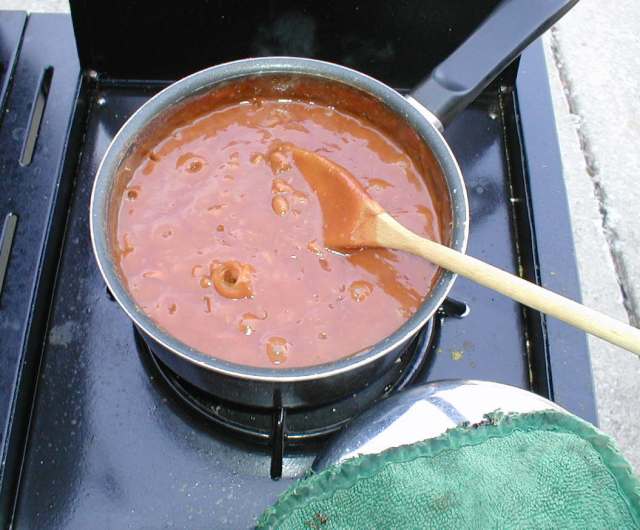 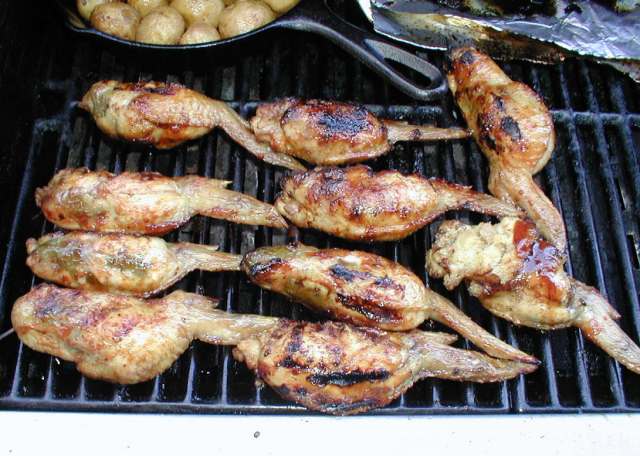 My de-boneing skills are getting much better, but I doubt that I will ever get good enough to be a prep monkey in a restaurant.  This is the fourth time that I have made the wings with the peppers in them.  I don’t think I will continue with that any more.  It’s “OK”, but not good enough to keep doing it.  I did like the crab stuffing and will look for other ideas for stuffing the wings.  Any suggestions??