Today I cooked a chicken (and drank a beer)

Chick-Fil-A moved into my area probably 10 years ago and I had never taken the opportunity to eat there.  We had some errands to run and my daughter wanted to eat at Chick-fil-a so we did. (She’s eaten there before) 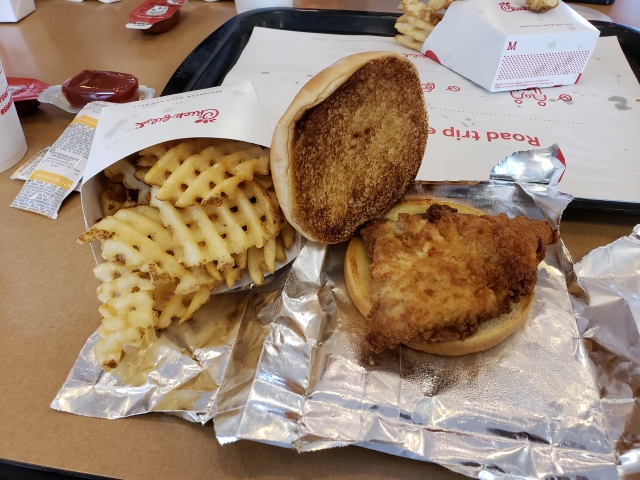 First, I didn’t like that the chicken sammich was served in a foil bag.  Seriously?  That’s just going to steam the bun to mush and uncrisp the fried chicken.  The waffle fries were great.

Not saying this was a bad sammich, but it didn’t really impress me.  Oh, I will definitely be going back and trying some more food and hopefully it will impress me !!

It may be hard to believe, but even I get lucky once in a while.

I went to my local groceria to order a slab of pork belly and they always have a frozen bunker of marked down meat.  The meat at this store is usually higher price than most of the chain stores (but also a higher quality), so the items in the bunker aren’t often much of a savings.

But I found two packages of chicken necks (Yeah, not many people get too excited finding chicken necks) marked at 8 cents a pound !!!! WOOOOOOO !!! 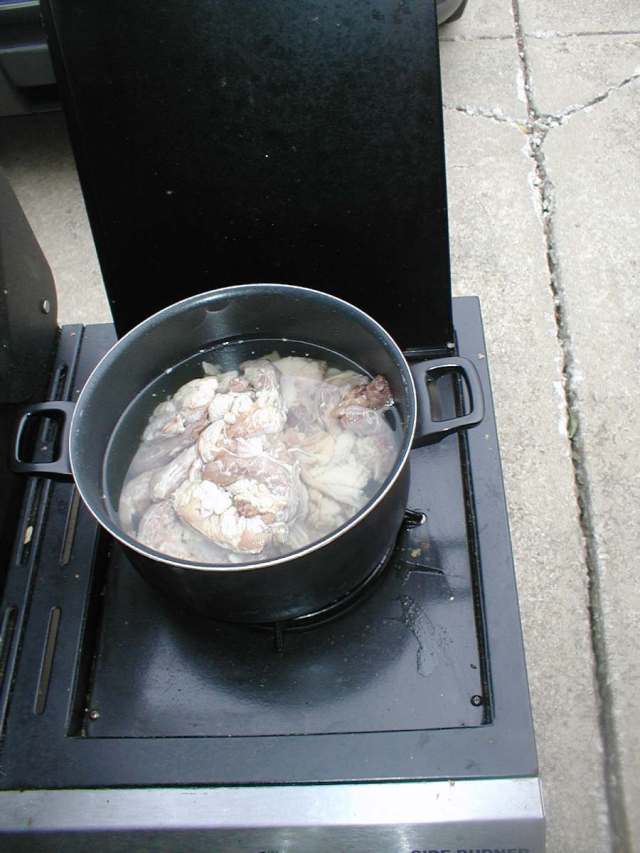 I think at the time that I was making this batch of soup, it was particularly warm, and as a favor to the rest of the family, I cooked it outside on my gas grill to keep from adding extra heat to the inside of the house. 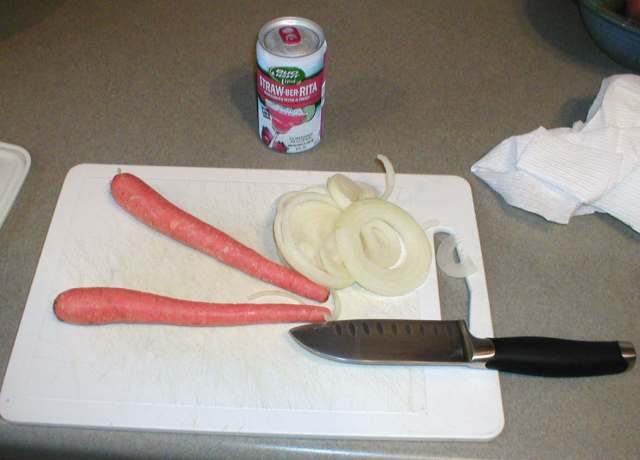 You caught me, I added vegetables.

Veggies going in for a hot bath

Now, if you didn’t already know, would you recognize these as chicken necks? 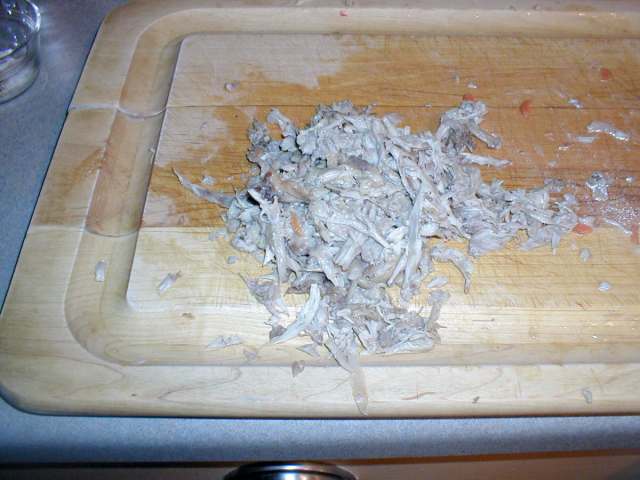 That’s a fair amount of meat that came off the necks.

Now, I was in a bit of a hurry to finish making this batch of soup and what I should have done was wait until the necks cooled down.  As it was, they were still pretty hot and I wasn’t able to clean the meat off any better.

This ended up making a very good batch of soup that was my lunch for a week.

Just chicken plus the marinade.  I did marinade it overnight.

It came out pretty well.

It was actually a little too sweet.

The good news is that lunch is not ruined.  It has a heavy vinegar taste, but will do for this week !

The week of leftover lunches were interesting, but it’s nice to get back to some spicy Chinese !!

Now, that looks like a lot of chicken but it isn’t really too much considering there is probably only a total of 6 thighs and it is for 4 lunches.  I did accidentally take more out of the freezer then I wanted to, but decided to cook it all any way !!

There was a very good sale on “Black Friday” at my grocery store and one of the things that I bought was a “name brand” can of baby corn  instead of the cheapest one that I can find.  What a difference it made when I opened the can and emptied the contents into the strainer !!!.  Each ear was the same length and same girth, not just a random bunch of stuff in the can !  It will most likely taste the same and I don’t mind using the stems and stalks in the lunches, but if I were preparing a meal for others, I might have to go with the name brand as presentation is almost as important ast the taste.  And my lunch experience is mostly just about filling my pie hole until dinner.

Despite this looking like a lot of chicken, when I spooned out equal portions into my lunch containers, there wasn’t too much.  My lunch is quite a bit less than what you would buy for take out and a Chinese restaurant.  And I will be keeping the sauce and chicken separate as to keep as mush of the fried, crunchy goodness that I can !

I have ruined a bit of food by “experimenting” or altering a recipe.  Today, I thought I would try adding a little rice wine vinegar into the sauce.  And don’t you know that I dumped too much in !!!.  I tried to compensate by adding another package of sauce.  I did not sample the sauce yet, so on Monday at 11:15 am when my food comes out of the microwave at work, I will find out how it is !

Made another batch of “General Tso’s Chicken” for this week.

But I went about it in a slightly different way. When made by the directions, the chicken is well covered and flavored in the sauce, but there isn’t any sauce left for the rice and the good fried texture of the chicken is lost.

So, the first change was that I doubled the amount of sauce made (and tossed in a pinch more of red chili flakes) and second, after frying the chicken, I will keep the chicken and sauce separate until I reheat it at lunchtime.

Here are the raw ingredients:

And of course, the crunchy fried chicken: