I live “near” the Aurora Municipal Airport”.

The airport sometimes has fly ins with classic military airplanes.  The really cool thing is on most days the classic airplanes are in town and flying, my house is on the landing path and I get to see (and hear) the planes coming in low and slow over my house which is really pretty cool !!!

I believe this visit by the “Aluminum Overcast” was Memorial Day weekend 2014 and we took a drive to the airport to see the plane up close.

It was a beautiful day and there was a good size crowd there to see the plane.  I’ve seen B17s at the airport before, but this is the first time I paid to walk through the plane. 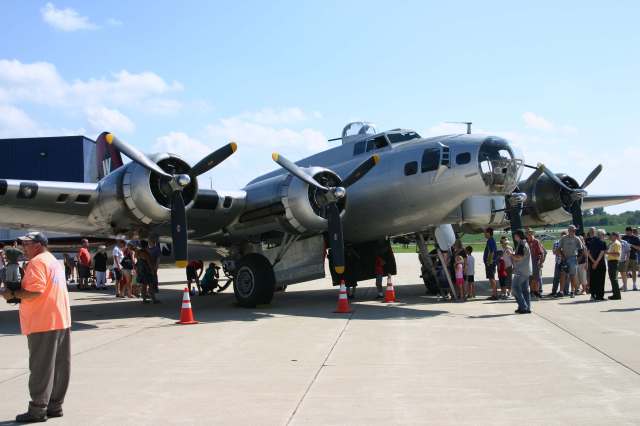 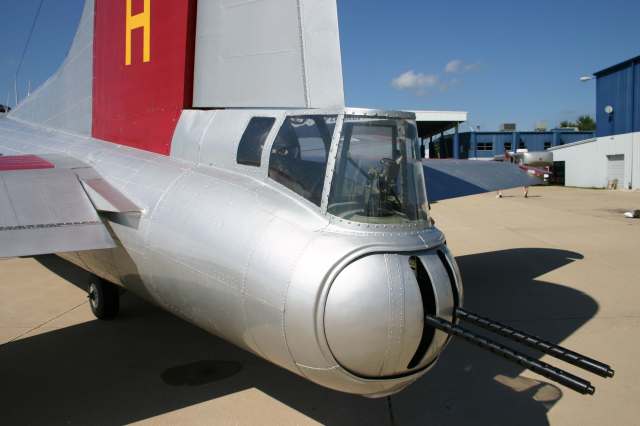 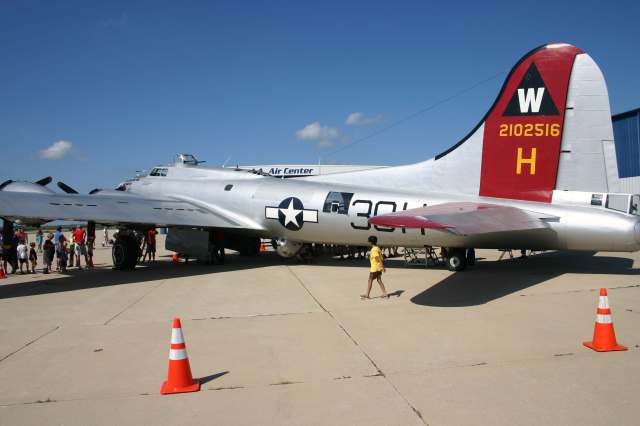 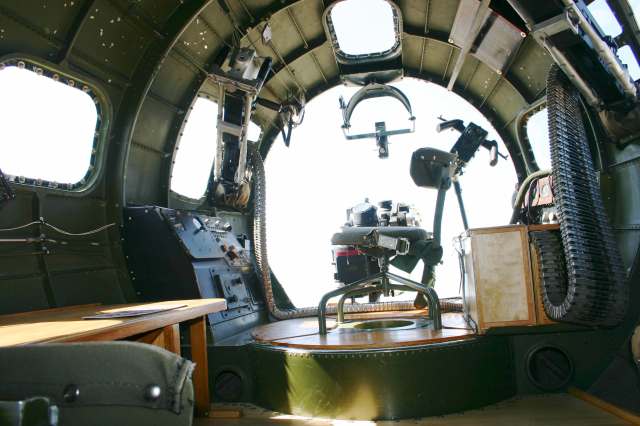 Now, at this time in my life, I am a full figured adult and there is no way that I would be able to sit in that pilot’s seat for a 8-10 hour mission !!

Even at the time in my life when I could have been in the military, (18-26) at 6 foot and 190 pounds, that still would have been a very tight fit for any position on the plane. 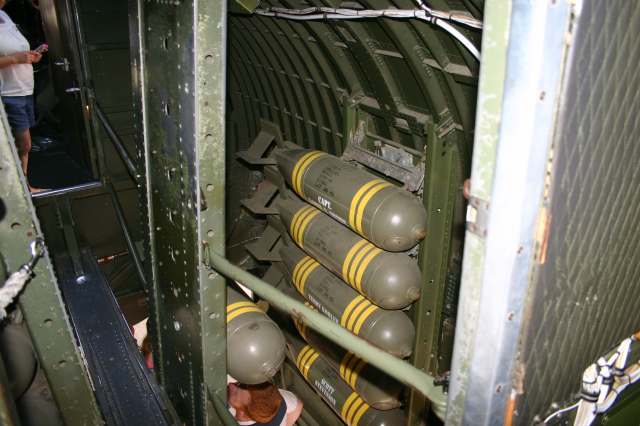 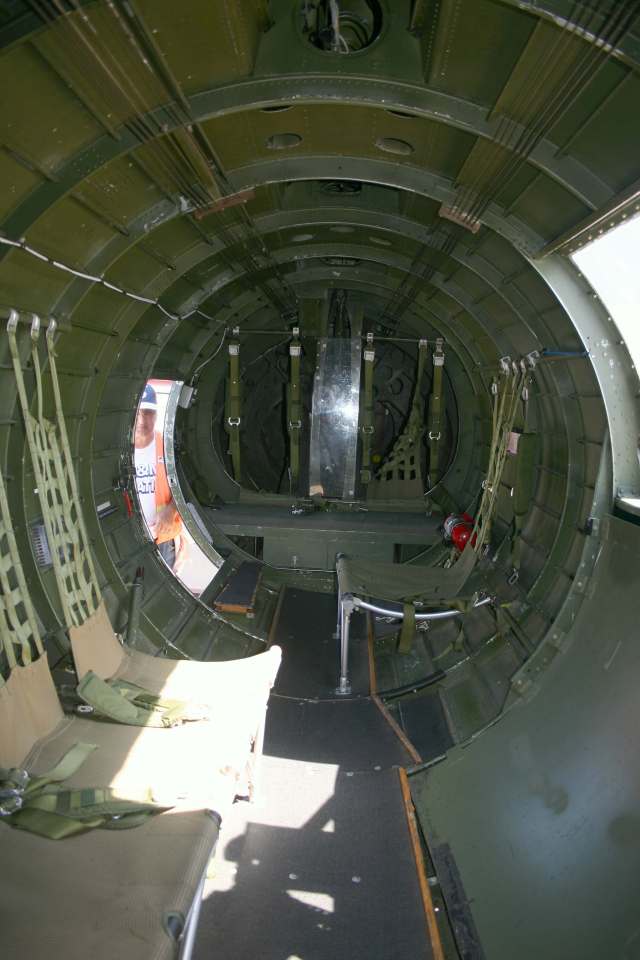 This is obviously not the plane that George Bush flew in WWII.

You could pay to take a flight in this plane.

If you could have seen the look of the man in the rear gunner seat after they landed, you would know that it was money well spent for him ! 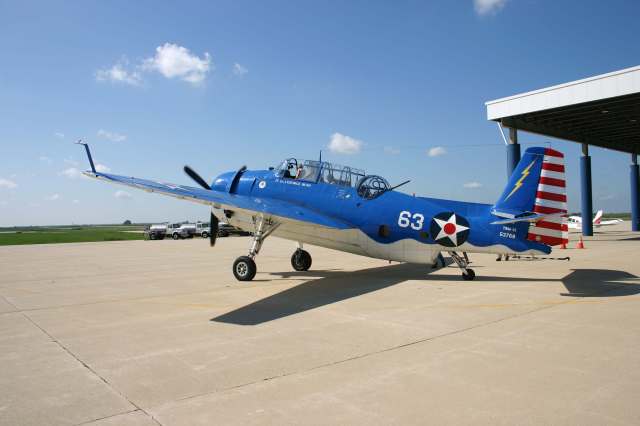