Well dang…. vacation is over.

I do have to say that for not having spent the week on a exotic,remote, tropical location being waited on hand and foot by a never ending stream of Polynesian woman (Fletcher Christian knew what was going one there !!!), it was on of the best vacations that I have had recently.

I ended up doing quite a bit of things and I think the biggest reason was that I got up everyday and went to the gym. It’s a good way to get the day started and prevents me from lollygagging the day away !!

I had a gift card for Chili’s and we had a late lunch there one day: 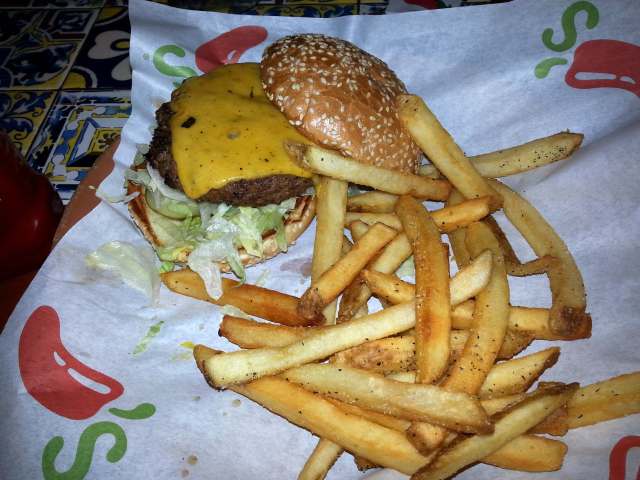 I was not impressed with this burger.

It was my daughter’s birthday which meant FREE SUSHI at JuRin: 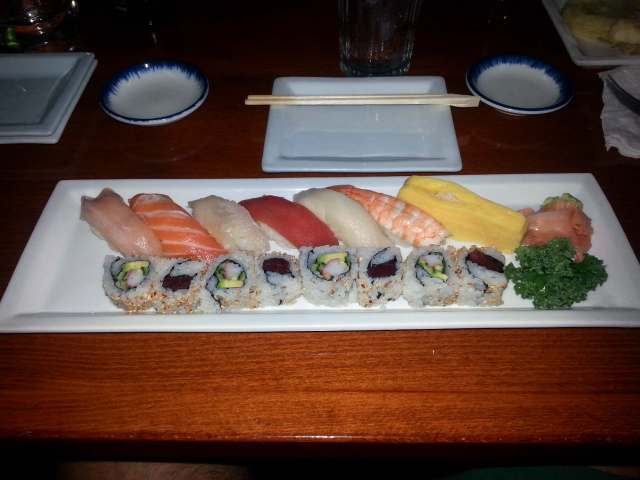 For me, this was sushi dinner “B”. 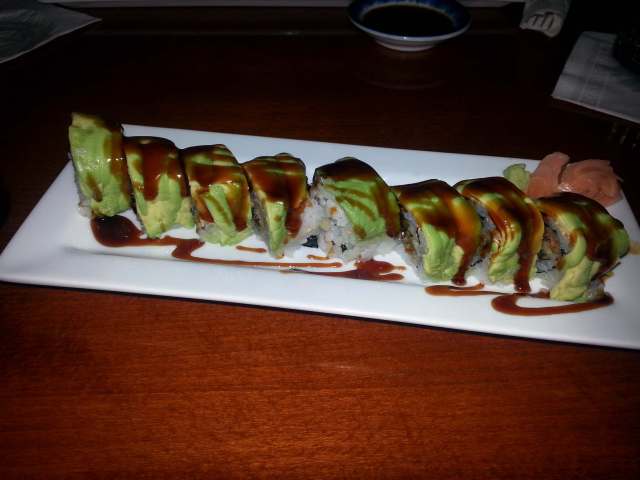 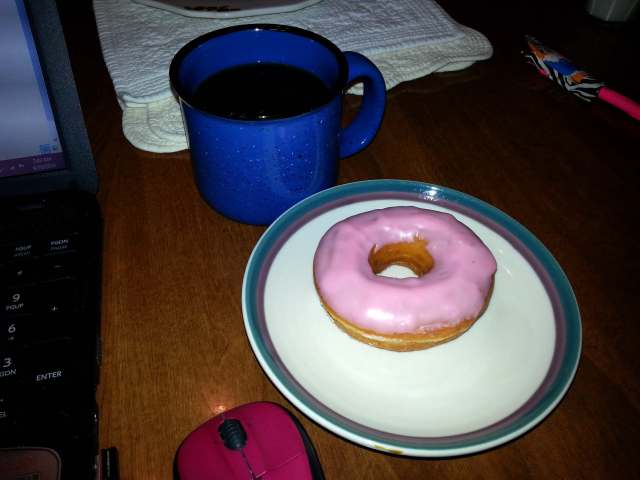 Also being my daughter’s birthday, she had an sleepover with three of her friends.  I got to go out at 6am and get them doughnuts. 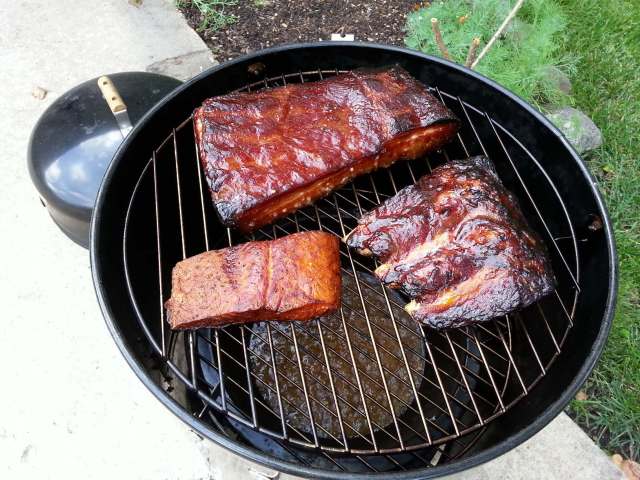 Did a little smoking on the smoker !!

Did another hunk of homemade bacon.  This time it did not turn out as best as it could.  I think that I had the heat too hot for a while, but I am getting close to getting to the perfect recipe and process.  Also tried smoking some salmon.  That also was not the best because of the high heat but it was still very good.  For good measure I put a slab of beef ribs on as well.

The doctor said I could have one beer while on vacation: 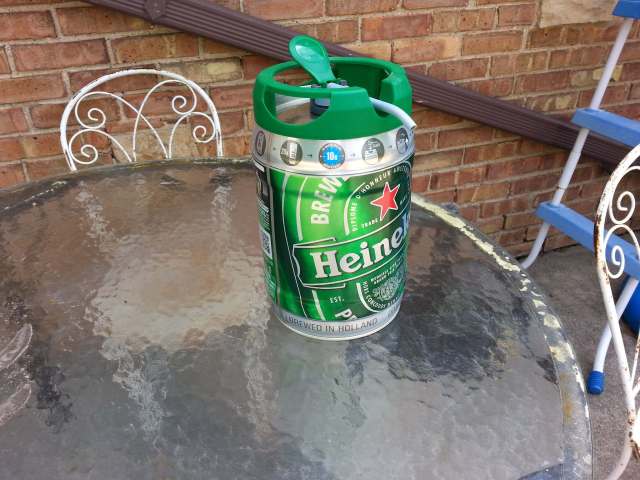 You’d be surprised at how quickly this was emptied.

We put a fence around our backyard about 13 years ago and I still had some leftover parts that I finally wanted to use up and get out of the garage. 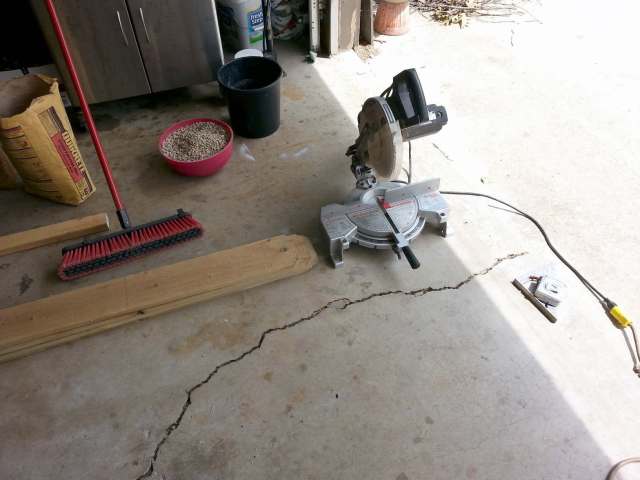 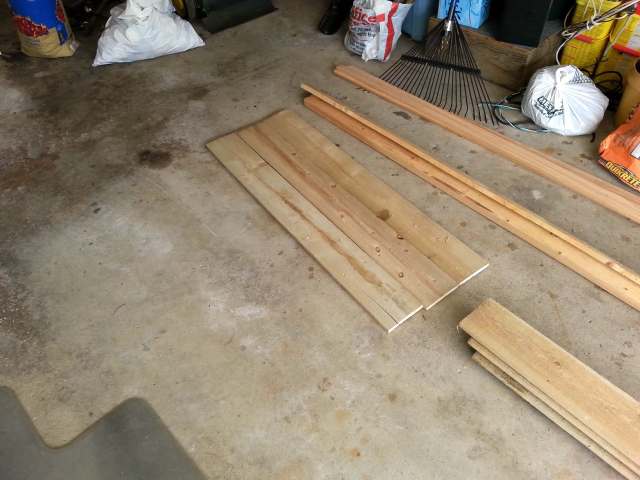 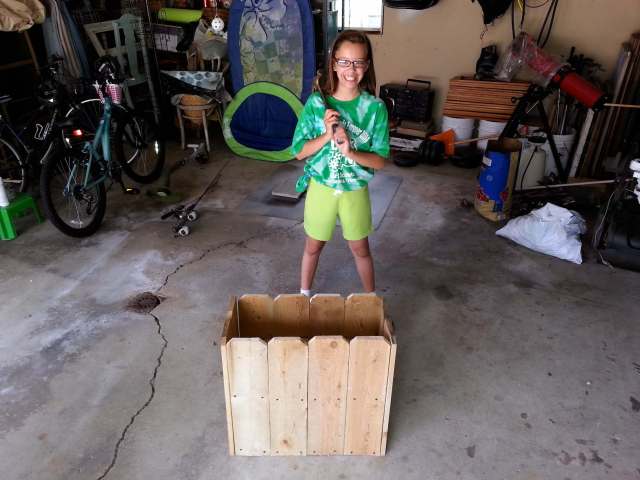 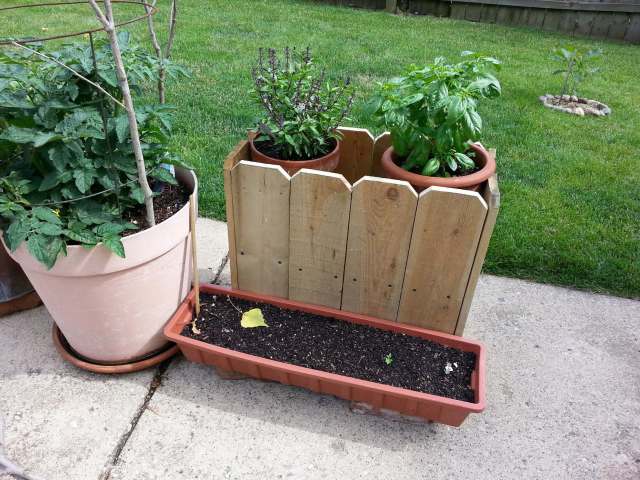 I think it will last 3-4 years before it goes onto the burn pile.

And now, another project:

I have some good skills with concrete and there are several things I can make: Bowls, plant stands, specialty bricks and some various do-dads.  The wife had a friend that she had previously given a brick to and she requested several more so we took the time to whip some out: 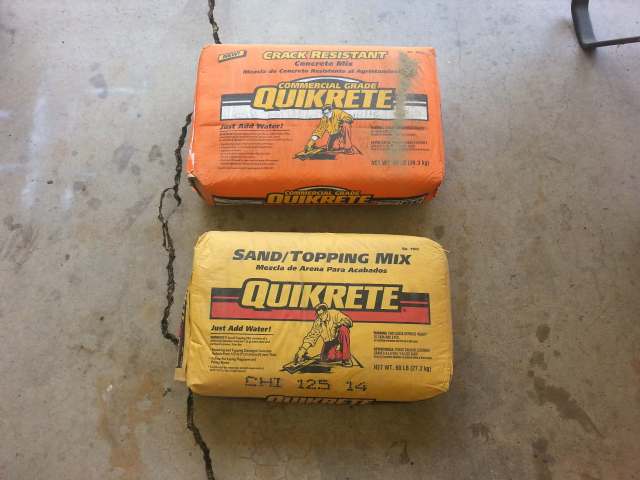 Combination of a sand mix and a pea gravel mix.

How much more simple can it be?? 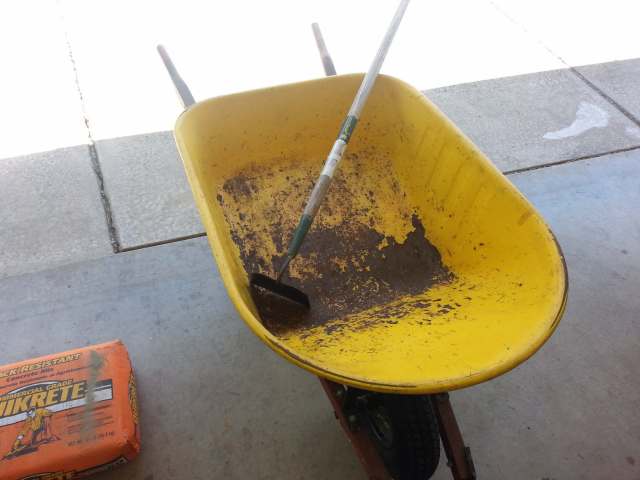 If you have a backyard, every proper house should have a wheelbarrow. 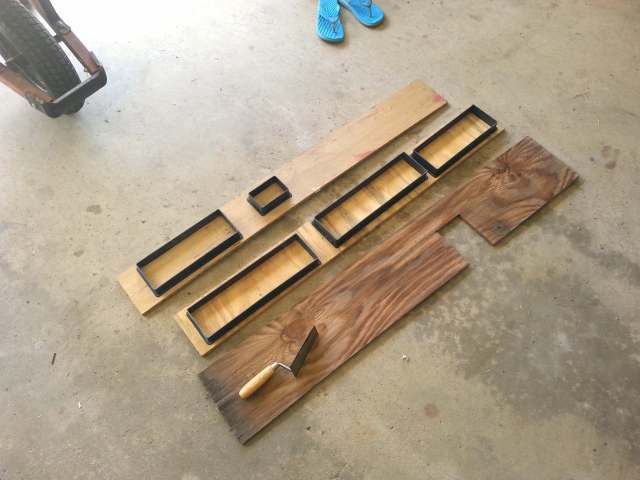 The wife has a kit of plastic molds and letters that are used to stamp letters/names/words on the bricks.  Even though the molds are plastic and the concrete doesn’t stick to it, it helps to give them a little spray of WD-40 to help release the bricks. (Helps with the clean up too.) 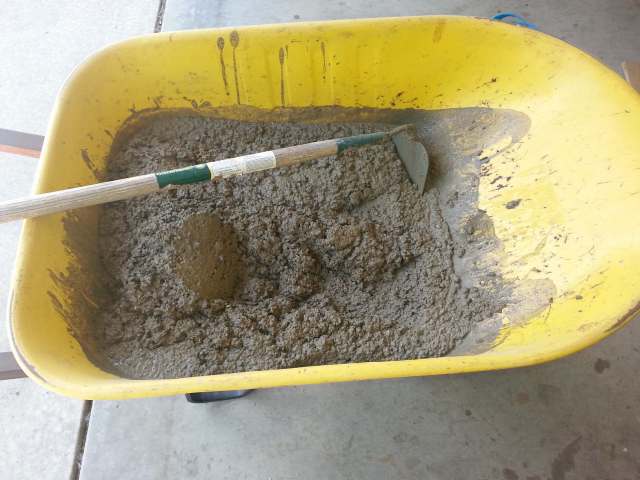 Like the bag said, just add water and mix !

While the concrete is being mixed, the letters are being arranged for stamping. 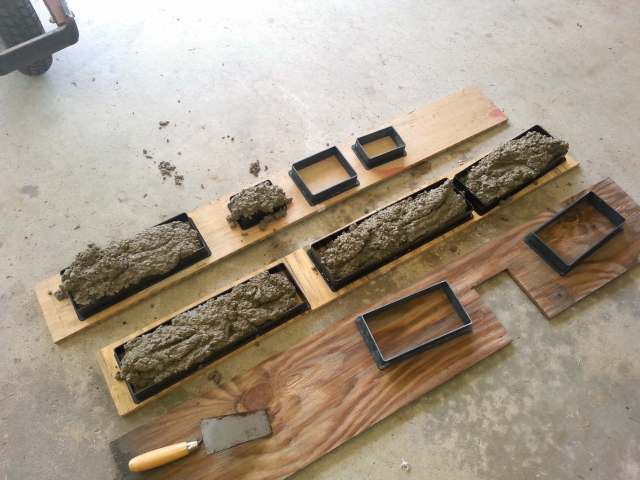 Concrete goes into the molds. 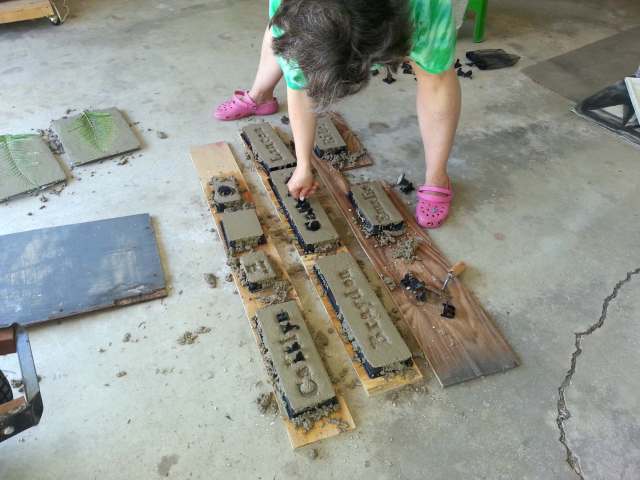 Have to wait for the concrete to set to just the right condition and then it gets the letters pressed in. 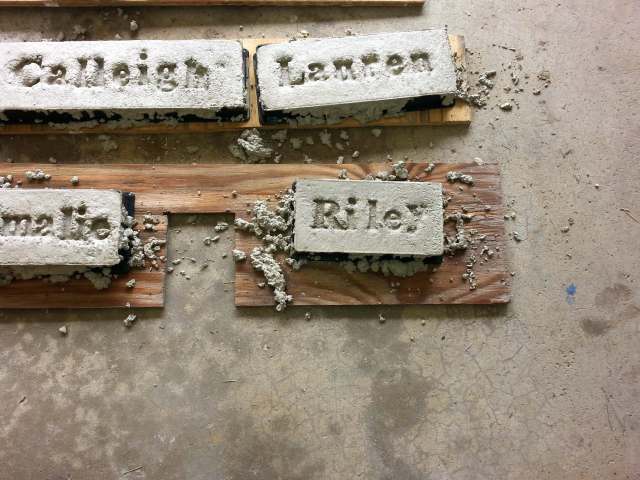 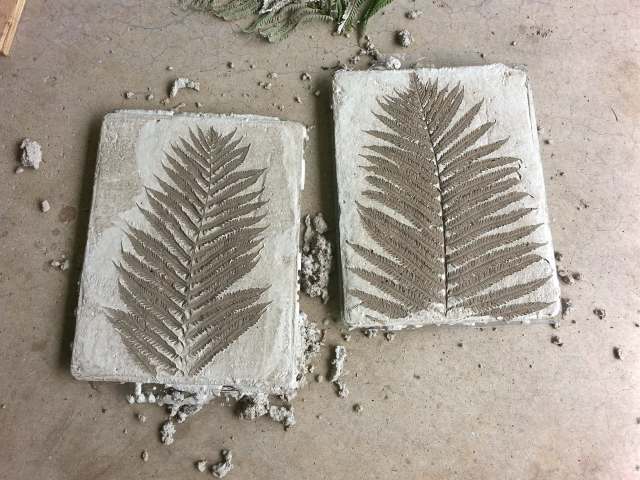 This is one of my specialties.

Just trowel a fern leaf on the top and when it’s dry, peel off. 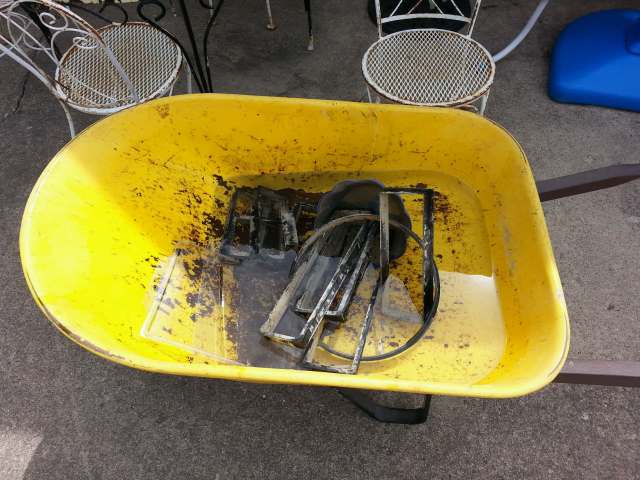 And of course, the clean up.